Home / News / How does the power of attorney operate in Spain?

How does the power of attorney operate in Spain?

A “general power of attorney” (poder general), is frequently used in Spain. The power comes in a standard form, which lists all of the actions that can be carried out by the holder. These include buying and selling property, handling bank accounts, spending and receiving money, taking out a mortgage or other loan, and just about anything that the granter of the power can himself, or herself, do with their assets.

The form contains a clause declaring that all of these actions shall be taken for the benefit of the granter of the power. This means that, if you decide to take the money and run, should the granter find you, he would have a case against you for defrauding him.

There are also other forms of power of attorney, limited to carrying out certain specific actions in the name of the granter, such as signing a contract for the sale of a specified property at a given price, during a given time period, after which the power lapses.

But the general power is the one that is most frequently used, simply because circumstances are subject to change and unforeseen complexities arise in any transaction. This can mean that the holder of the power is unable to act because the power does not mention the specific circumstance which has arisen, such as signing at the bank to obtain the money transfer from abroad.

Once the deed is accomplished, the granter then revokes the power of attorney, which once again is done at the Notary.

You make the poder general at the Notary. Although it is always a good idea to consult a lawyer before taking any important legal step, it is not necessary. The Notary has the power of attorney forms, probably in his computer, which will print copies for you while the Notary himself retains the orginial authorization. A reminder, you need copies authorized by the Notary in order to use the power of attorney at a blank or for a property sale.

The only documents necessary are the national identity document or the passport of the individual wishing to hire the power of attorney.  The entire operation should not cost much more than €60. 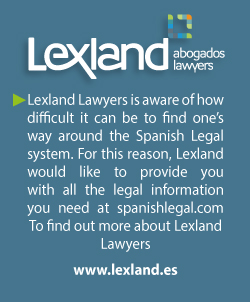